I am not an expert on this, but the topic keeps coming up every now and then. Some time ago I talked to a movie producer friend about his sound setup. He mentioned many interesting things. The one specific thing that caught my attention was: "unbalanced XLRs". I looked around for info on balanced signals and XLRs. This is what I learned.

According to Wikipedia, the Cannon X series connectors with added latch and rubber ("L" and "R") became "XLR". "XLR" is a term used to describe connectors. There are many types of XLR connectors and the usual three-pin XLR3 used in music is just one of such type. XLR has nothing to do with the number of pins or the construction of the cable and does not describe "balanced" or "unbalanced" audio signals.

The commonly used cables have XLR connectors with three pins (called XLR3). Two are connected to identical wires twisted together. The third one is connected to the cable shield. Such cables can be used to send two identical signals but with inverted polarity over the two wires as in the pictures below.

When noise is introduced into the signals, and if the cables are constructed properly (read below), the noise should affect the two signals in the same way as in the pictures below. (My example of "noise" is the notch in the first portion of the sine wave). 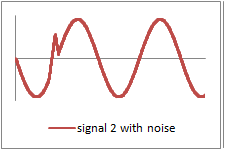 Several things ensure that this construction works. Having identical wires, for example, helps as it supposedly ensures that the noise when introduced has the same effect on both signals. This is related to impedance / capacity / inductiveness of the wires. Having the wires twisted helps similarly. All of these are not very interesting to me, but what is interesting is that all apply even if you send the signal over only one of the wires. The audio setup is still balanced if one of the two twisted wires carries the signal and the other one carries nothing. The following pictures show the signals in the two wires: one with signal and noise and one without signal but with the noise. 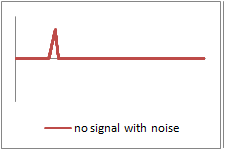 Even when only one of the wires carries the audio signal, subtracting at the receiving end will ensure that the noise is gone and that the original signal before the noise remains. This construction is still balanced.

There are apparently benefits of sending signal over both wires. One of the benefits is the larger signal amplitude at the receiving end. First, twice the original signal allows an increase of 6 dB (6.02 dB = 10 log10 (22/12). Second, noise generated by the power supply or by the signal generating equipment will be removed if the same in both wires. Third, the two signals in the two wires with inverted polarity create an electromagnetic field that is close to zero and thus these wires introduce minimal noise in cables around.

So I was confused about what an "unbalanced XLR" cable is. Perhaps the XLR3 cables that my producer friend used were balanced, but his equipment was not. Perhaps the XLR cables were not XLR3 cables, but had less than three or more than three pins (now that I know that "XLR" and "balanced / unbalanced" are terms that are completely unrelated). Perhaps he was just wrong.

I called my friend and figured out the following: Cables with the standard XLR3 connectors are made cheaper by just skipping out on the third cable. There is one wire carrying the signal and one braided or foil shield. The third cable is just missing. The third pin is either unconnected or connected to the shield. This construction is thus unbalanced, as there is no second wire (with or without a signal) that can carry the identical noise to be subtracted at the receiving end and noise in this setup remains. Thus, unbalanced XLR3 cables exist.