But that example was simplistic, because the DC gain I used was constant. In practice, when a wave form is asymmetric, the shift up or down is not always the same over time. This shift can occur due to how underlying frequencies in complex signal mix or could be due to something physical, such as the fact that we sing only when we exhale, not when we inhale.

So, here is the same test, but with variable DC gain.

Here is a simple sine wave with some variable DC gain. Just like in the last post, this sine wave is the frequency 200 Hz sampled at 44.1 kHz. The horizontal axis shows the first 300 samples. The vertical axis shows the amplitude of the wave. 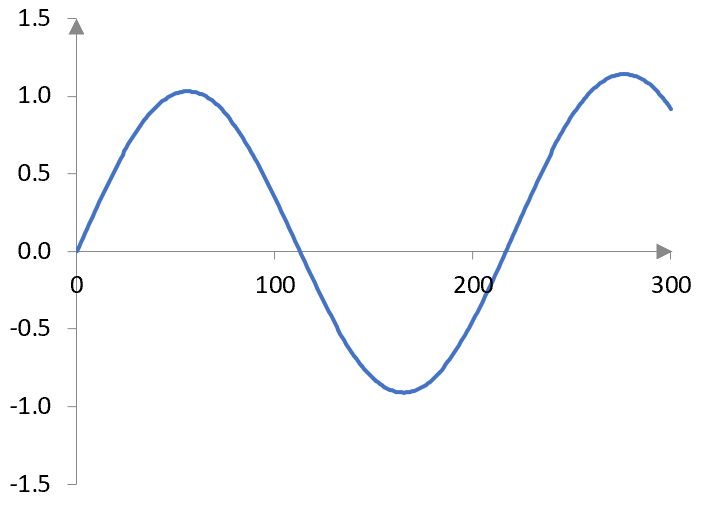 The additional DC gain is another sine wave, with frequency 20 Hz and amplitude 0.2. Nothing special happens at the beginning since both sine waves start at 0. As the DC gain increases, the wave begins to shift up.

The amplitude of this wave

Here is the amplitude of the wave above, detected with a Hilbert transform, as a compressor could.

Again, the horizontal axis shows the samples, but since the Hilbert transform shifts the signal, the sample numbers are removed. 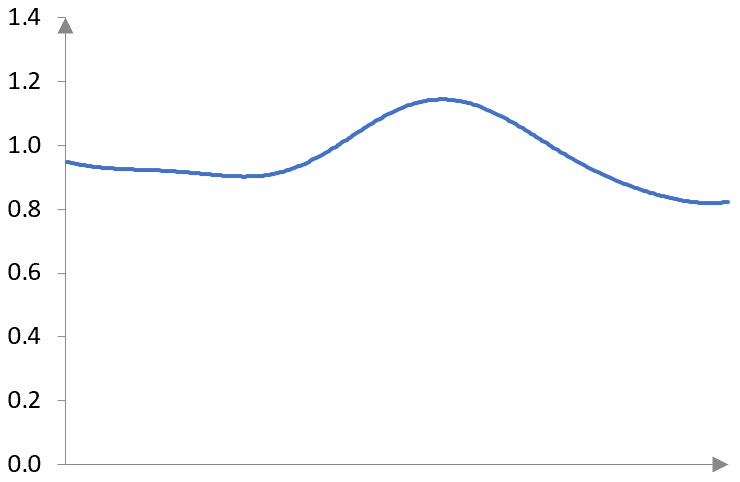 Just like in the previous post, the amplitude oscillates, but here the oscillation is not well formed. It actually becomes more malformed if we change the phase of the DC oscillation to something other than zero.

The interesting part, again, is that the movement of the amplitude is still too quick to influence most compressors.

I can imagine more esoteric waves and there are folks that certainly design some. Those could have larger swings in the DC gain. It is still hard to imagine that the asymmetric properties of a wave have much of an influence on a compressor.