I am testing my compressors. I start with a simple frequency of 400 Hz over the sampling rate 8 kHz. I apply a volume envelope over this frequency. The envelope is simple.

The resulting signal – the frequency with the volume envelope – is as follows. 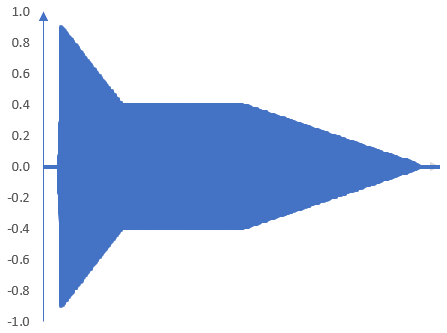 The Hilbert transform and the amplitude envelope

where k are the samples. There are two tricks to applying this Hilbert transform correctly.

The envelope is as expected. It is shown here. 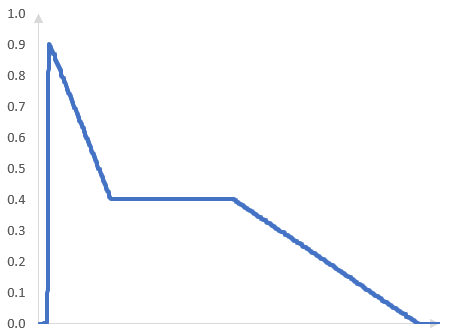 If the envelope is not computed correctly, it will look odd as in the following picture. 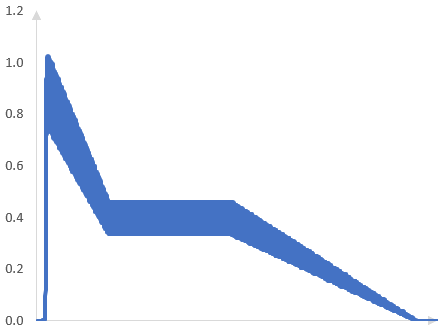 A single threshold is easy. The following graph shows the amplitude envelope of the signal after a compressor with a threshold at -5 dB, attack of 1 ms, release of 300 ms, and compression ratio above the threshold of 4:1 (there is no compression or expansion below the threshold). 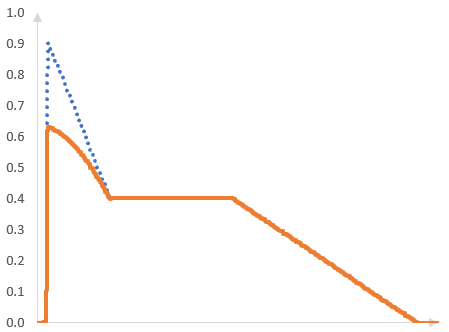 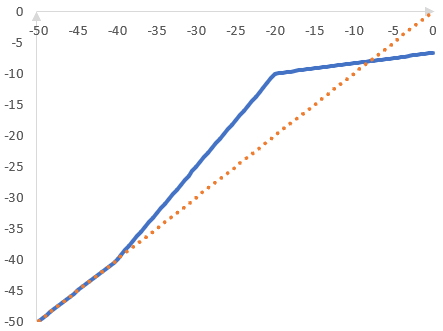 The trick to multi threshold compressors is understanding that the gain applied to the signal above one of the thresholds does not depend only on that threshold and the compression / expansion ratio belonging to that threshold. It also depends on what happens at lower thresholds.

For example, at -15 dB input amplitude on the horizontal axis, the compressor will:

Thus, we cannot compute what happens above the highest threshold without knowing what happens at the lower thresholds. In the two-threshold compressor, if we simply compress the signal when it is above -20 dB, without considering the expansion below -20 dB, we will have a graph with a discontinuity at -20 dB, such as this one. 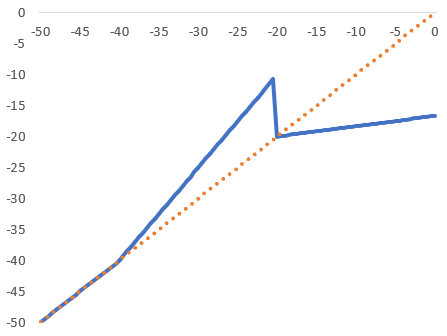 This is not very productive. If we apply this type of compressor to a signal, there will be large jumps in the signal amplitude after the compressor.

Amplitude envelope after the two-threshold compressor 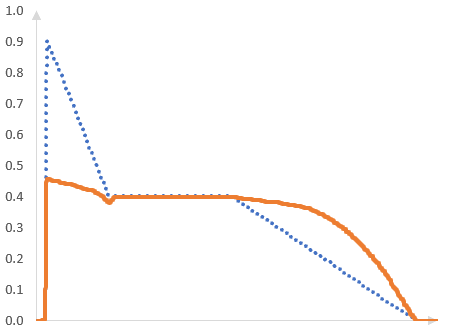