A phase oscilloscope, also known as a "vectorscope", is a two-dimensional scatterplot of the values of one signal against the values of another signal and displays information about the amplitude, phase, and frequency content differences between two signals.

Examples of figures produced by the phase oscilloscope are shown below.

When the two signals are simple sine waves, the figures produced by the phase oscilloscope are called Lissajou curves. The curves are straight lines, when the frequencies and phases of the signal are the same. Since the sine waves are periodic, the curves are closed.

Suppose A = a = B = b = 1 and d = 0. When the two frequencies a and b are the same and the difference in phase is 0, the oscilloscope will display a line as in the figure below. 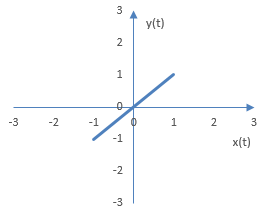 Now suppose A = a = B = b = 1 and d = π / 2. When the two frequencies a and b are the same and the difference in phase is not zero, the oscilloscope will display a circle (if the phase difference is a quarter of the frequency cycle) or an ellipse. 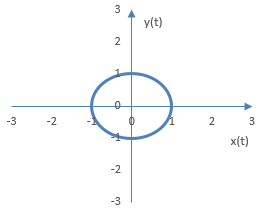 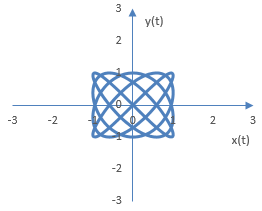 The following is the same figure, but with A = 2. Larger amplitude for the signal x(t) stretches the figure along the x axis. 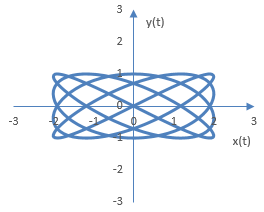 The following is an example phase oscilloscope figure produced with two complex signals, each consisting of two sine waves, with a gradual increase in amplitude in one of them and some random noise in the second. Amplitudes, phase, and frequencies in these two signals differ. 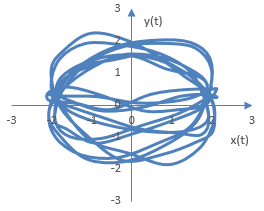