A sine sweep is a sine function that gradually changes frequency over time.

The sine sweep can also be called "sinusoidal sweep," "frequency sweep", or "chirp".

for example, change frequency from f0 to f1 over the time T. The first function is called a linear sine sweep, as the derivative of the frequency term inside the sine with respect to the time t is linear. Similarly, the second function is an exponential sine sweep.

Both functions have an initial phase of zero. A different initial phase can be added as with any other sine function, if necessary. In both functions, replacing t with k / fs, where k = 0, 1, 2, … and fs is the sampling frequency produces the discrete time equivalent of the functions.

The following is an exponential sine sweep that changes frequency from 1 Hz to 50 Hz over 2 seconds. 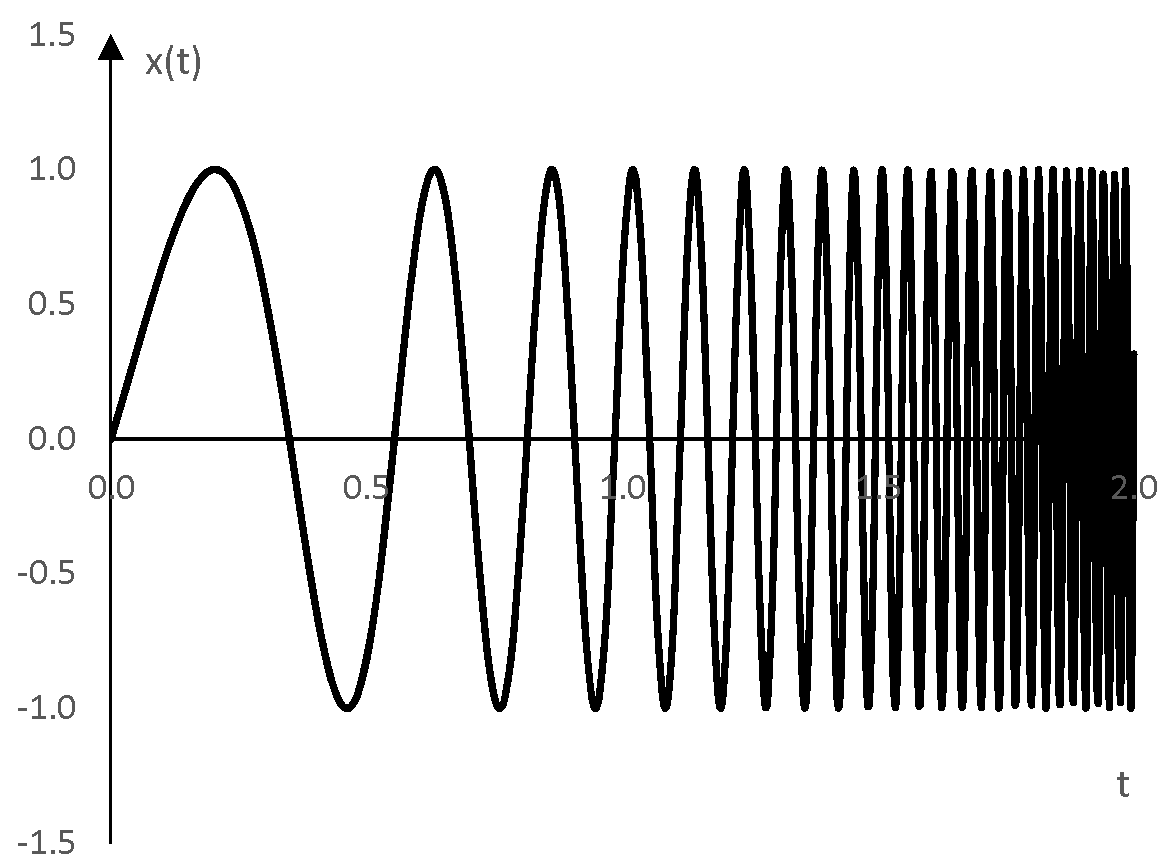 The following is a linear sine sweep, generated with the formula above, where the beginning frequency f0 is 50 Hz, the end frequency is f1 is 1000 Hz, and the time T is 1 second.

The following is an exponential sine sweep with the same parameters – sweeping the frequencies between 50 Hz and 1000 Hz over 1 second.

Sine sweeps are useful when obtaining the impulse response of natural reverberations to design an impulse reverb. In practice, one can play a sine sweep in a room, record the result, and deconvolve the result with the sine sweep inverted in time to obtain the impulse of the reverb.

An example of this is below. Typically, a sine sweep used for this purpose will span the full possible frequency spectrum (e.g., from 20 Hz to 22 kHz for the full spectrum of human hearing and to cover the maximum possible under the 44.1 kHz sampling rate). Recommendations for how long the sine sweep should be vary, but are usually between 3 seconds to 20 seconds. For ease of presentation, the example below uses a shorter sine sweep that does not span the full frequency spectrum. 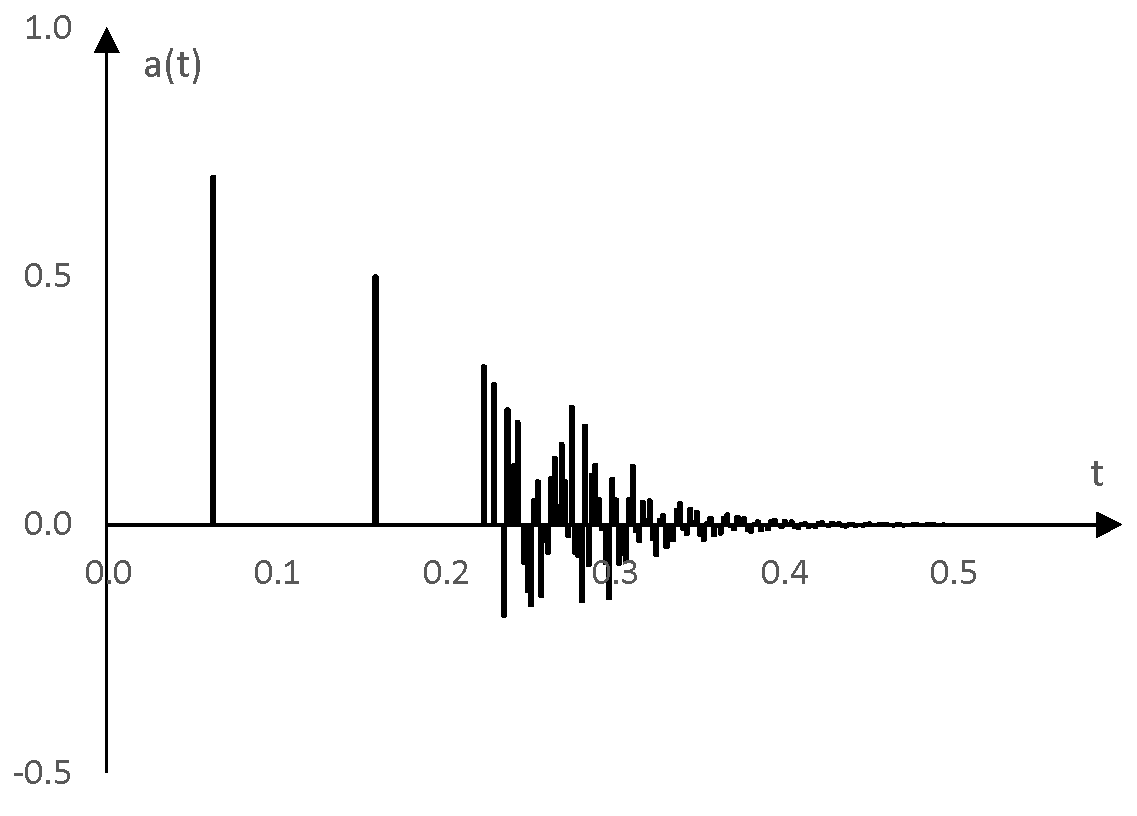 Convolve this impulse response with an exponential sine sweep between 1 Hz and 200 Hz. The convolution h(t), which by itself is not very interesting, is as follows. 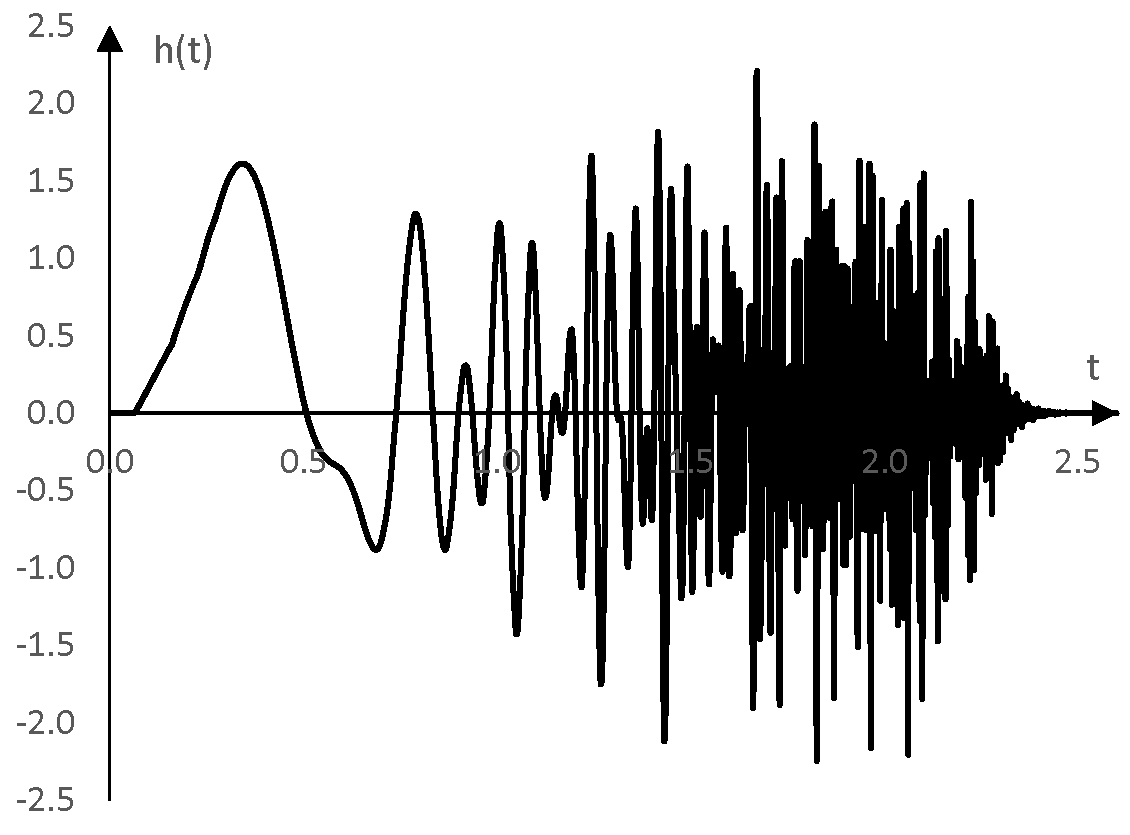 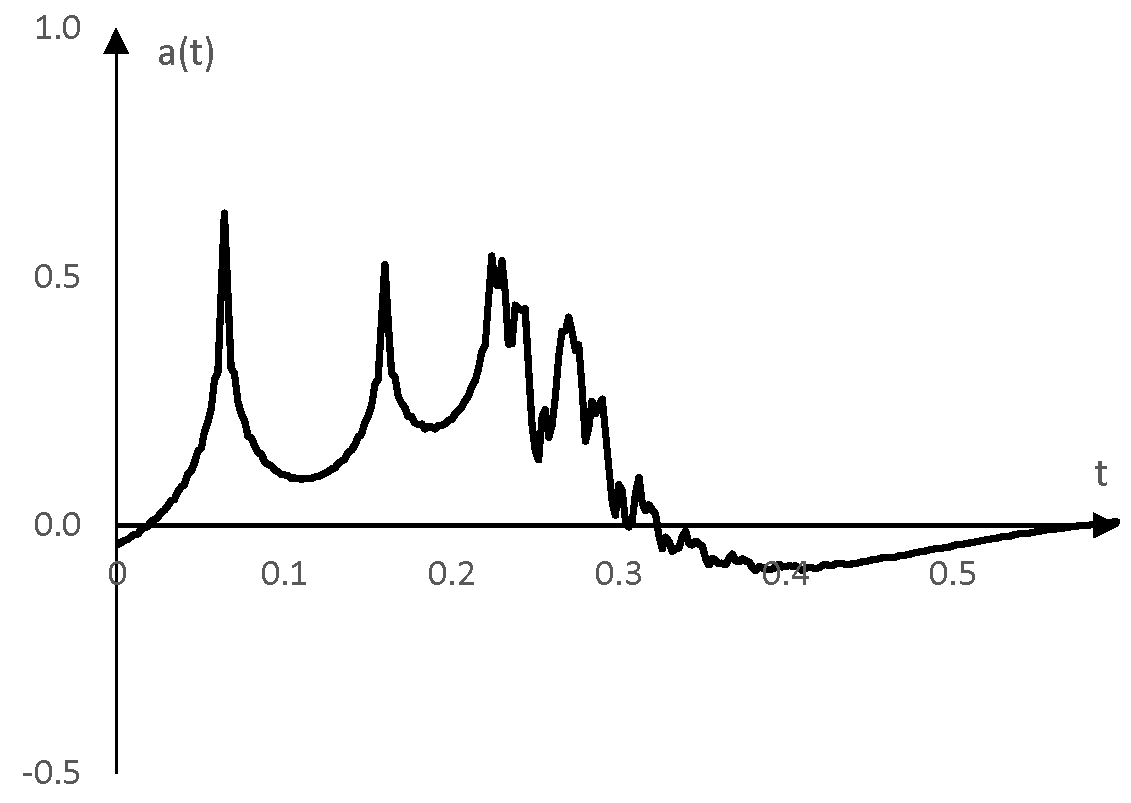 There is, however, a good amount of "pre-ringing". This generated impulse response does not jump quickly from zero to the peak of the first notch but does that gradually.

The technique to reduce this pre-ringing is to deconvolve with the time inverted sine sweep with an adjusted amplitude. We reduce the gain of the frequencies in the sine sweep by 6 dB per octave. The gain will be 0 dB (no change) at the high frequency end of the sine sweep and will gradually decrease to

The new impulse response, after adjusting the amplitude of the sine sweep used in the deconvolution (and after we add some gain to the result), is below. 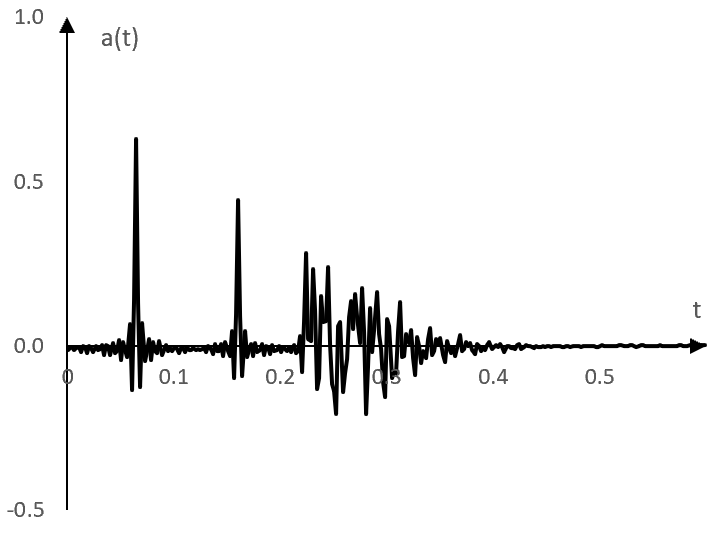 Note that the pre-ringing, if not adjusted for, may cause a notable decrease in the amplitude of high frequencies in the signal, to which the impulse response is applied later.

Deconvolution in the frequency domain