A square wave is a periodic function that takes only two values – a minimum and a maximum – and alternates between these two values in equal intervals.

is a square wave. It alternates between -1 and 1. Its period is N samples. It takes each value for an interval equal to N/2 samples before switching to the other value.

If, for example, N = 60, then the first function above will be as follows. 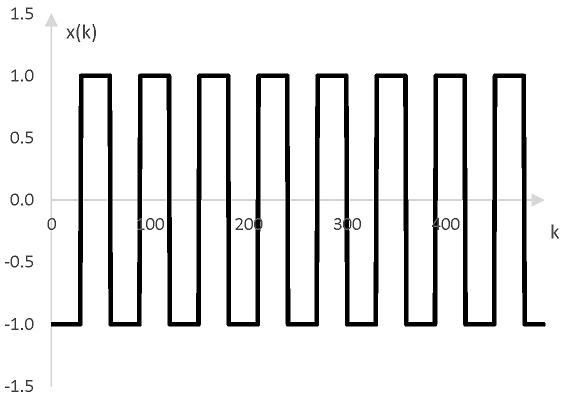 The following is a square wave with the frequency of middle C.

Analysis of the frequency content of square waves show that they can be thought of as the combination of many harmonics. Below, for example, is the discrete Fourier transform of 500 components of the example square wave above. 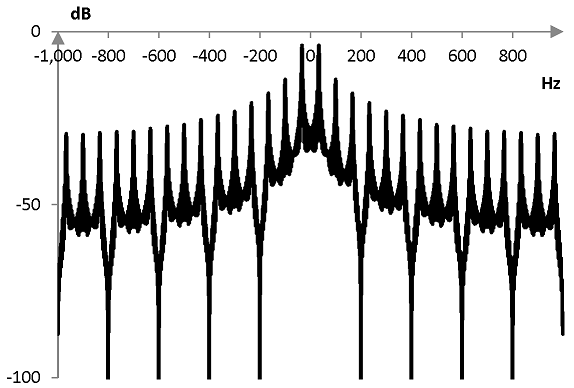 Because of these harmonics, square waves are often used in synthesizers. Square waves with the desired harmonics can be combined and the result filtered (e.g., through a low pass filter) to synthesize a sound resembling the sound of a specific instrument.

Harmonics of the square wave

The Fourier series expansion at sample k of the square wave is as follows.

where f is the frequency of the square wave and fs is the sampling rate. 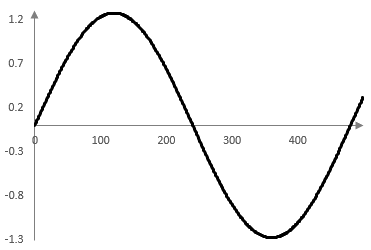 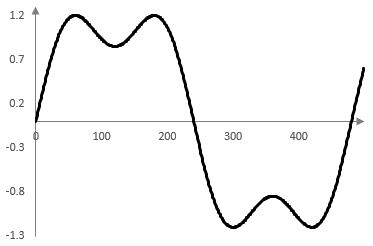 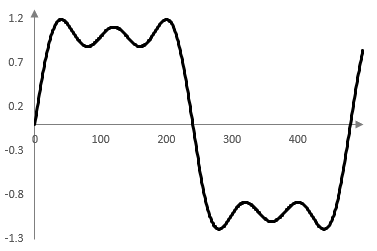 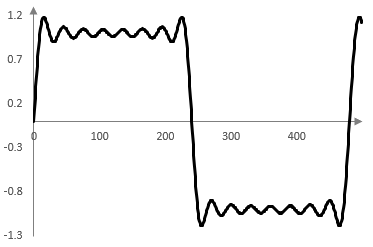