A flanger is a sound effect that combines the original signal with a slightly delayed, but not decayed repetition of the signal and varies the amount of delay.

Example of a flanger and sound sample

See Orinj Flanger to hear a sound sample before and after a flanger.

Magnitude response of a short delay

When the original signal is combined with the delayed signal, because of the changes in phase, some frequencies are s reduced amplitude, while others increase. That is, the magnitude response of the result has notches. 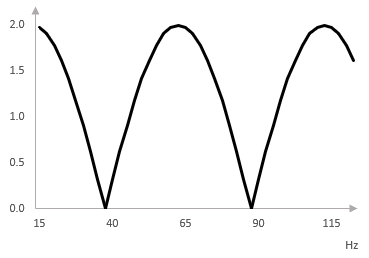 Magnitude response of a flanger

A flanger slowly varies the amount of delay. The following is the same graph, but when allowing a change in the delay between 18 ms and 22 ms once per second (at 1 Hz). 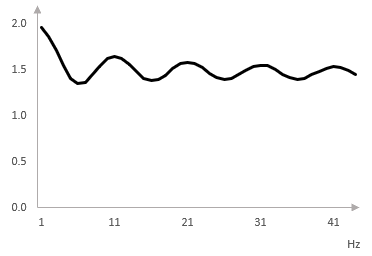 Pitch shifting in the flanger

The variations in the delay speed up or slow down the delayed signal. This will change its pitch.

Thus, in the time it takes to process 125 samples of the delayed signal, the flanger processes 135 samples, which is equivalent to increasing the pitch to about 1.08 or about 11 cents. The pitch similarly decreases when the delay increases.

This variation in pitch is similar to a vibrato.

The following are some typical controls in a flanger.