Orinj version 5.0.0 was released on April 5, 2020. It contains huge additions and improvements over the previous version. Here they are.

Orinj can convert MIDI files to wave files. This is great, as Orinj effects work on wave data and not MIDI data. The previous version uses Downloadable Sounds (DLS) files to convert MIDI to wave. DLS files tell us what sound data should be used to play each MIDI note. SF2 files do the same but seem a lot more popular nowadays. Remember that MIDI files do not contain sound data. They simply tell the sound device to play certain notes at certain times. These notes can sound different on different devices or with one DLS or SF2 file or another.

There are a lot of SF2 files. Some are free and some not. Some sound better than others. A good SF2 file as the base of the Orinj MIDI synthesizer will make your MIDI file sound better, when converted to wave.

These are the new sound processing effects.

A flanger creates a slightly delayed repetition of the signal at the original signal amplitude and varies the delay over time. This creates a notable pitch shift and vibrato sound in the signal, as well as a comb filter type coloration of frequencies. 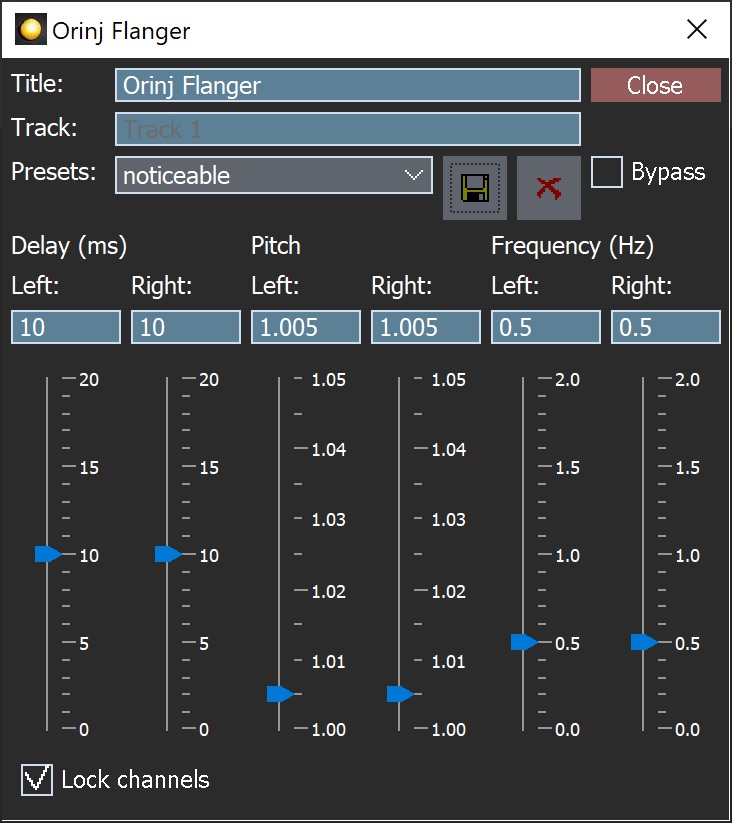 A phaser can sound similarly to a flanger, depending on parameters, but a phaser creates notches in the frequency content of the signal that move left and right in the frequency spectrum over time. This creates a wah wah type sound. 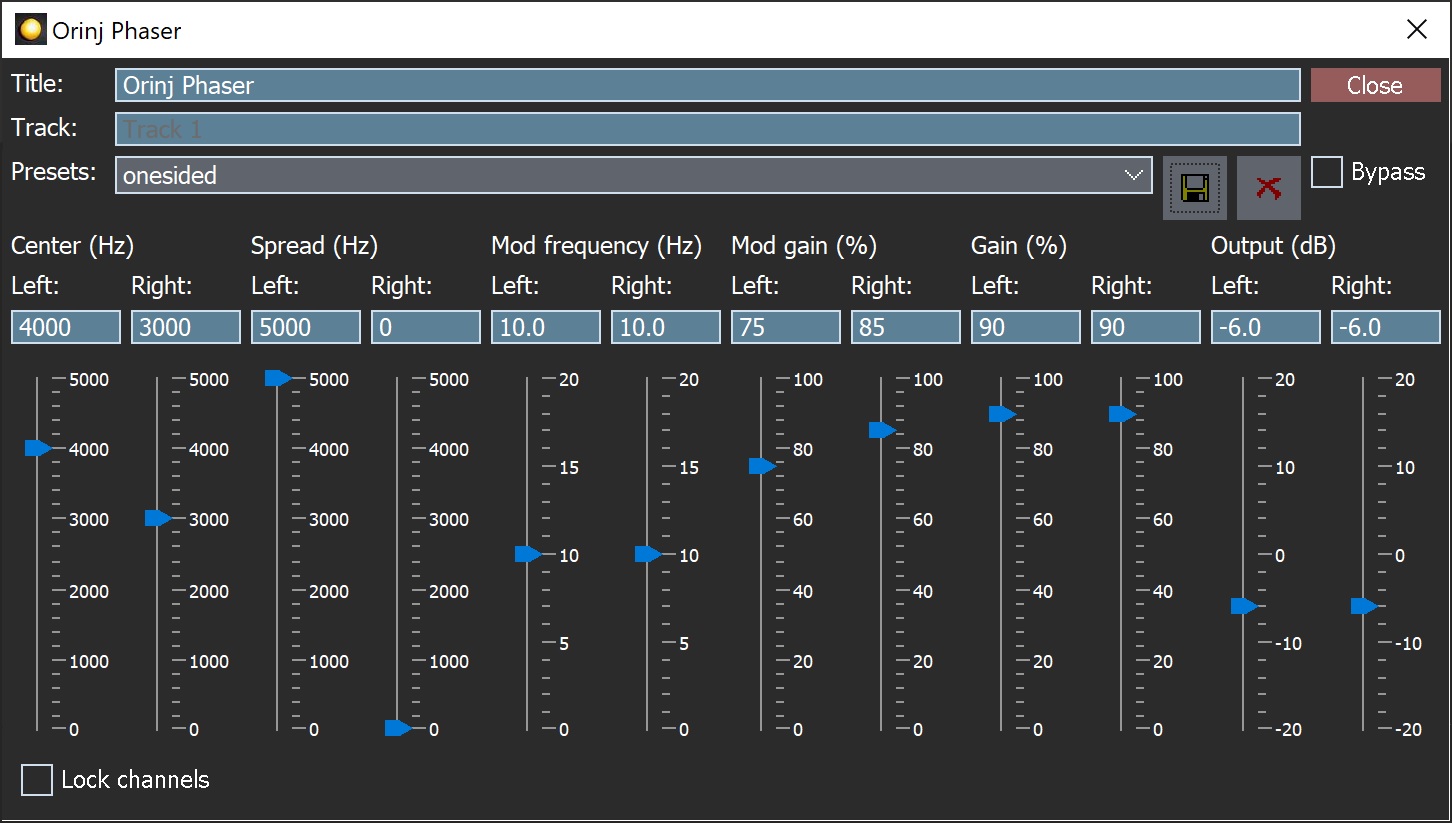 The need for a DC removal tool is surprising. There should not be so many wave samples out there with an amplitude that is offset from the middle, but there are.

The sliding pitch and sliding stretch are improvements to the previous pitch and stretch. The pitch shift and the stretch in the previous version were constant. The new ones can change. They can start with one pitch or stretch and gradually shift to another.

A noise reduction should be a part of any music recording software. The Orinj noise reduction takes a sample of noise, analyses it, checks the sound data for the same noise, and removes it. 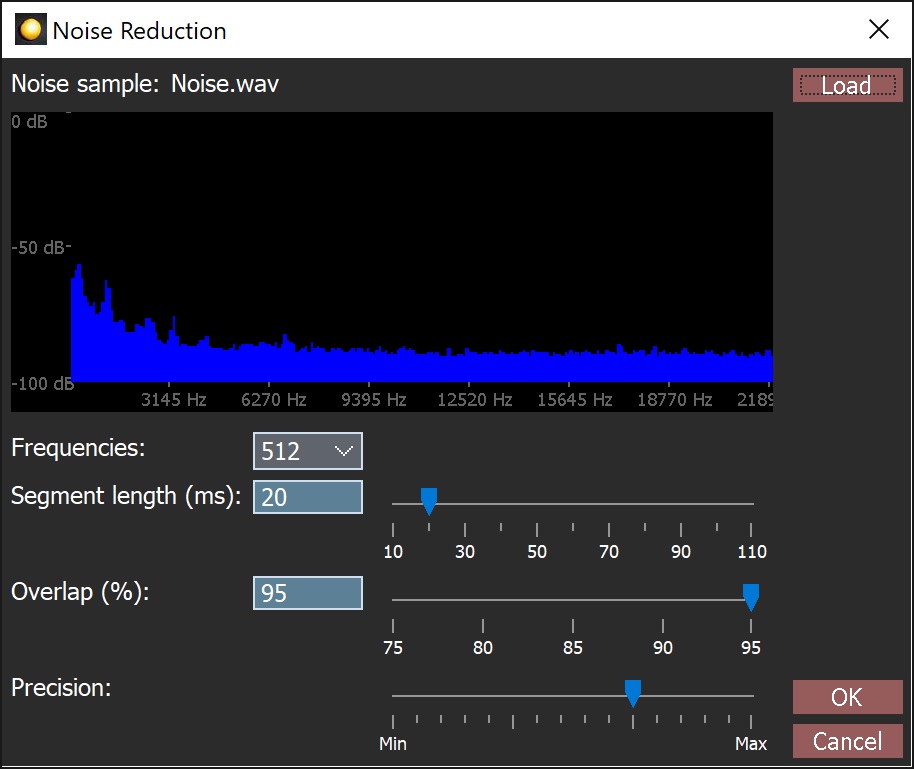 Autotuning is probably not that necessary but is fun to have. One great thing about this autotuning is that you can choose the base of the scale. The note A does not have to be exactly 440 Hz. Another great thing is that not all frequencies in the signal must be pitch shifted when tuning. The reason for this, like with the pitch shift, is to try to protect formants – frequencies that determine timbre. 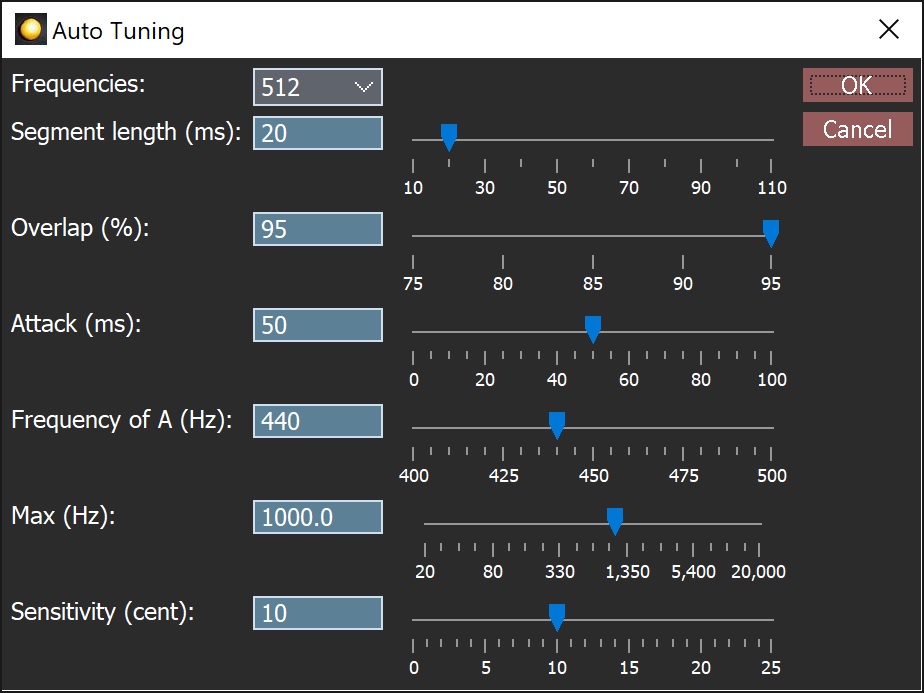 Technically, Scales is not truly a part of Orinj. It was originally a separate web applet on this site, it is also an Android phone app, and now has been added to Orinj. This is a music theory app. It shows scales and chords on a few instruments, lists the chords that belong on a scale, and finds the scales that contain a chord.

While Scales can exist outside of Orinj, it can help in Orinj too. It is especially useful when creating MIDI files in the MIDI roll view. It is good to know which notes belong on the scale and which notes compose the appropriate chords.

There are a few other changes as well. Most of them are designed to make some Orinj controls easier to use and Orinj itself compliant with recent versions of Java.