Version 7 of Orinj is out. As we do with every major version release, we have put out a beta release. Version 7 will replace version 6 when we are comfortable that it is a stable version.

Here, for example, is the Orinj dialog that allows the user to browse through available VST bundles and choose VST effects.

Orinj now supports ASIO input and output devices and their drivers. ASIO is Steinberg's construct to allow the input and output of sampled audio data with minimal latency on Windows. (ASIO is not relevant to Linux or Mac OS).

ASIO devices in Orinj work like all other devices. They will simply show up next to other available devices. Here, for example, is the standard Orinj output device dialog. 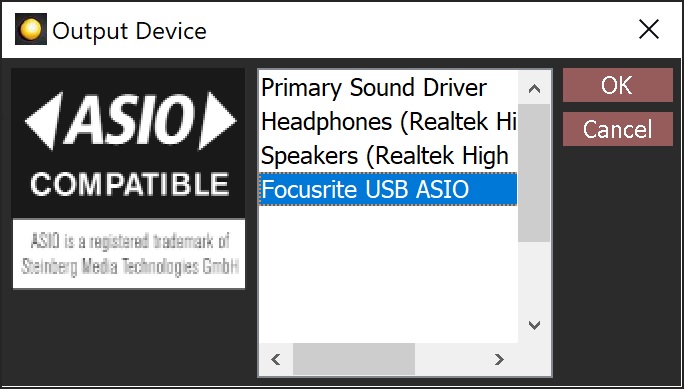 In previous Orinj versions, a sometimes-significant latency between input and output on Windows was a known issue. This corrects that issue for those who can deploy ASIO.

A simple equalizer and breaking up of loops

The two other larger changes in version 7 are to make some things easier to use.