The Orinj Noise Gate zeroes out the signal, if the amplitude of the signal falls under a specific amplitude value. See also Noise Gate. 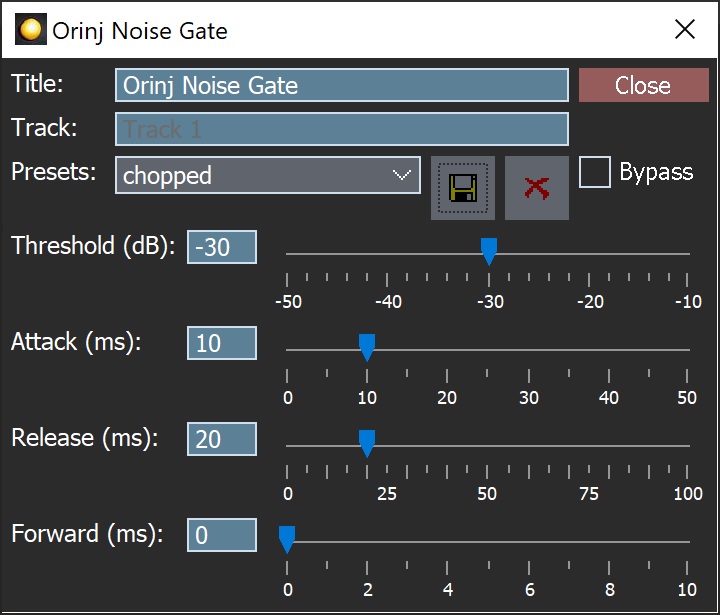 When the dialog becomes visible, the effect has been added. Adjust the parameters of the noise gate in the dialog and click on Close. These parameters are described below.

See Orinj Effects for notes on the Title, Track, Presets, and Bypass controls. The remaining Orinj Noise Gate controls are as follows.