The Orinj Reverb consists of three distinct operations. First, the original signal is equalized with a three-band parametric equalizer. The purpose of this is to allow the user to create reverbs that are brighter or duller and thus simulate the properties of various rooms. Second, the equalized signal is repeated several times to create distinct repetitions, usually called "early reflections" that create some perception of a room of some size. These repetitions are usually more notable in longer reverbs (i.e., when simulating rooms of larger sizes). Third, the distinct reflections are repeated multiple times with very short delays to simulate natural reverberations. These multiple repetitions with short delays are usually called the "late reverb".

An example of the Orinj Reverb

The following sound sample contains two repetitions of an acoustic guitar motive. The first repetition is as recorded, without reverb. The second repetition uses the Orinj reverb with the following parameters: room size of 120 squared meters, early decay of 50%, decay of 50%, and smoothness of 25%. The reverb equalizer is flat.

The Orinj Reverb can be added to tracks, auxiliary channels, and the master channel in the multitrack session view and to waves in the single wave view.

You will see a dialog with the two tabs shown below. When this dialog becomes visible, the Orinj Reverb has been added. You can adjust the parameters of the reverb in the dialog and click on Close. These parameters are described below.

See Orinj Effects for notes on how to use the Title, Track, Presets, and Bypass controls. The remaining Orinj Reverb controls are as follows. 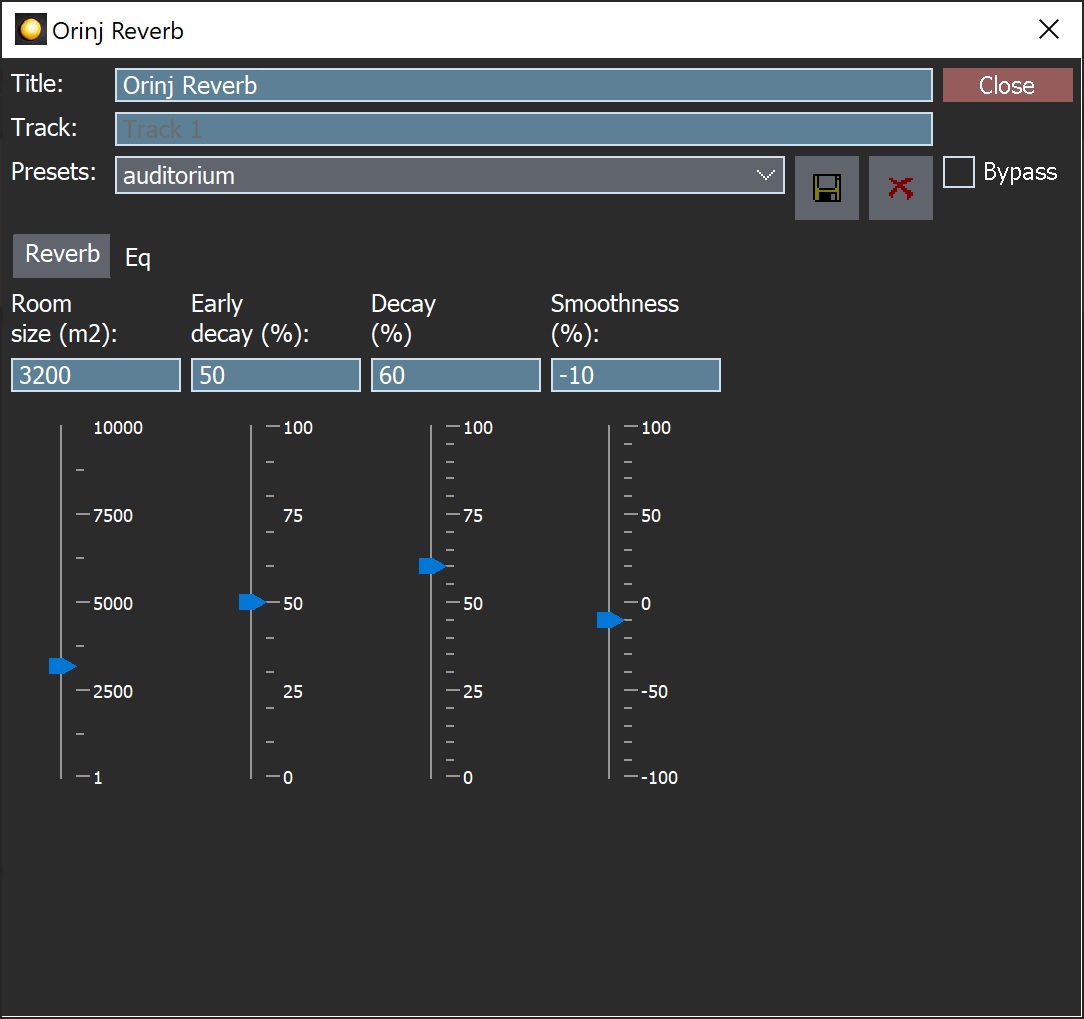 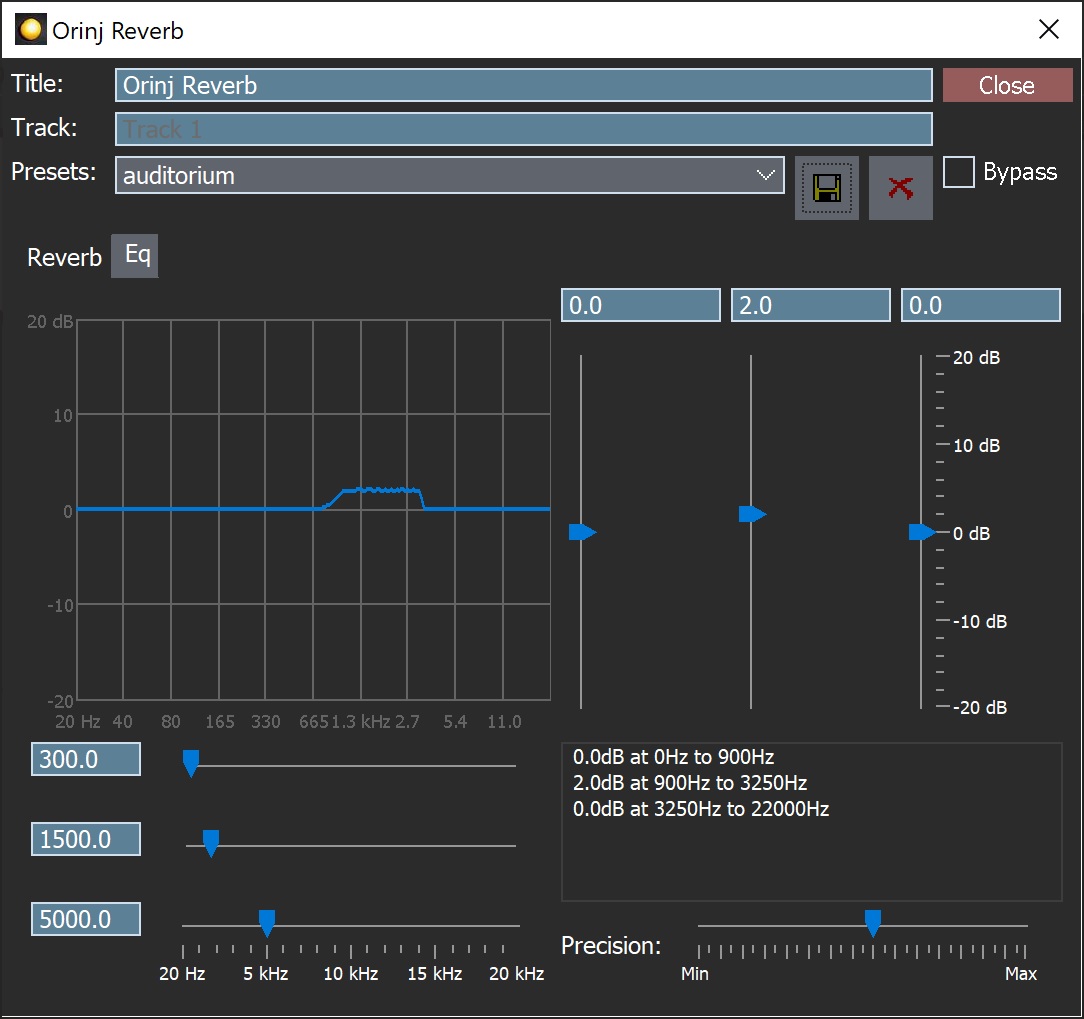 The Orinj Reverb supports dry and wet mix changes. That is, you can adjust the mix between the original signal and the reverberations. See Orinj Effects for more information.