A practical example of this type of echo is a bouncing ball. Once the ball is dropped, it will bounce faster and faster as time passes, as each bounce will be of smaller and smaller height. In this example, the delays between each two successive bounces will become smaller and smaller. Since the bounce becomes quieter and quieter, we can say that this is a natural echo with an ever decreasing delay.

The delays of the Orinj Bouncing Echo are not completely random. If they were, we would have had simply a collection of simple delays the parameters of which are independent of each other, which is a tapped delay line. The delays for the successive repetitions of the Orinj Bouncing Echo are not independent of each other. There is some relationship. In our practical example of a bouncing ball, the delays may be decreasing by the same amount or the same ratio.

An example of the Orinj Bouncing Echo

Click to hear this example with a bouncing echo.

You can add the Orinj Bouncing Echo to tracks, auxiliary channels, and the master channel in the multitrack session view and to waves in the single wave view.

You will see the following dialog with two tabs. 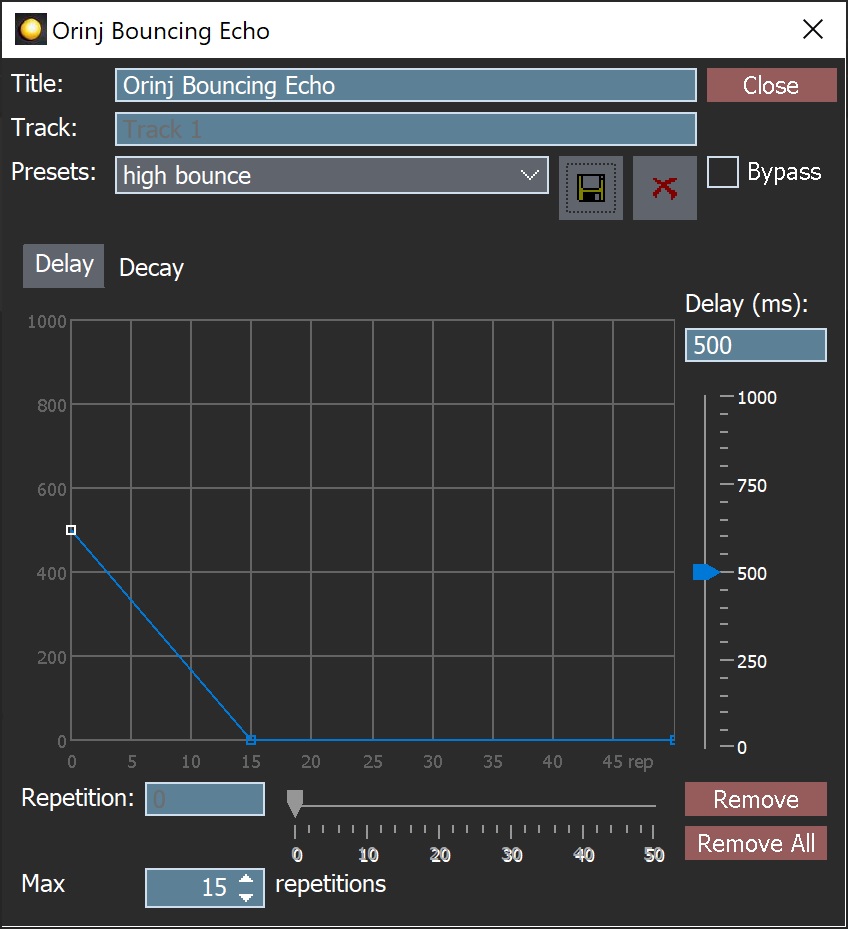 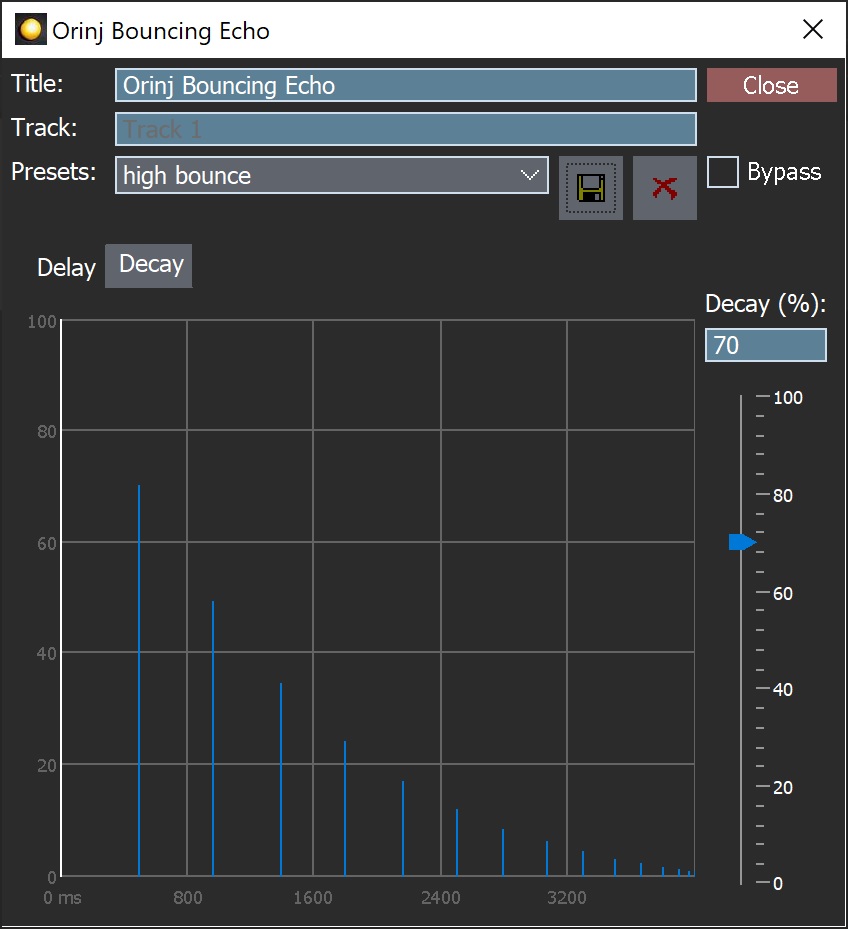 When this dialog becomes visible, the Orinj Bouncing Echo effect has been added. Adjust the parameters of the bouncing echo in the dialog above and click Close. These parameters are described below.

See Orinj Effects for an explanation of the Title, Track, Presets, and Bypass controls. The remaining Orinj Bouncing Echo controls are described below:

The Orinj Bouncing Echo supports dry and wet mix changes. That is, you can adjust the mix between the original signal and the echo. See Orinj Effects for more information.