The Orinj Limiter is a compressor. It adjusts the amplitude of the incoming signal automatically and softens amplitude changes. The difference between a standard compressor and the limiter is that the limiter uses high compression ratios and fast attacks and releases. Limiters prevent overload on analog systems and prevent clipping in digital signals. An explanation of how compressors work is provided in the topic Orinj Compressor.

An example of the Orinj Limiter

The Orinj Limiter can be added to tracks, auxiliary channels, and the master channel in the multitrack session view and to waves in the single wave view. 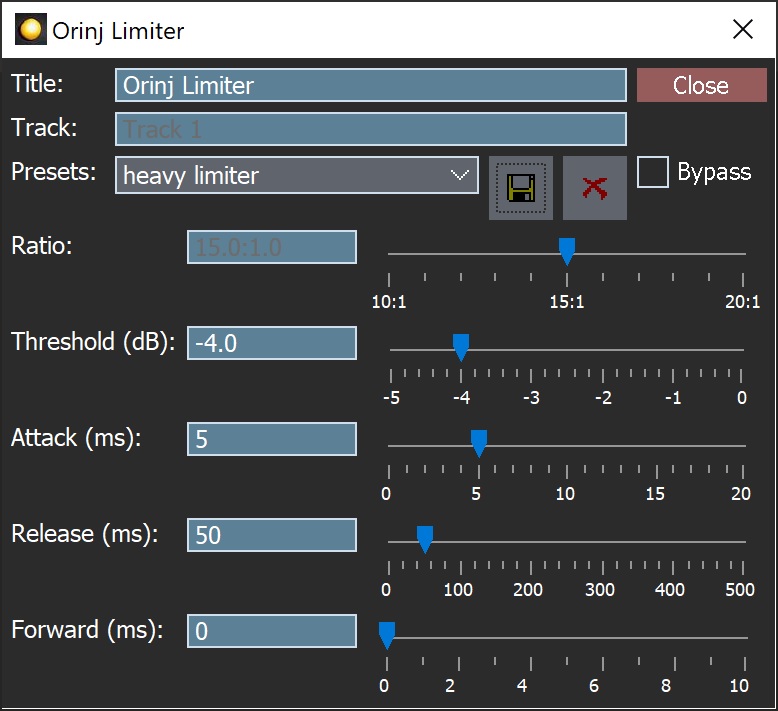 See Orinj Effects for notes on the Title, Track, Presets, and Bypass controls. The remaining Orinj Limiter controls are as follows.