See Compressor / expander (of dynamics) for more information on how compressor works. As a quick example, consider a compressor with a threshold of -30 dB, a compression ratio above -30 dB of 2:1, and a compression / expansion ratio of 1:1 below -30 dB. If the signal has amplitude of -25 dB, it is above the threshold by 5 dB. This difference between the signal and the threshold of 5 will be compressed with the ratio 2:1 to a difference of 2.5 dB. This means that the output signal will be at -27.5 dB. If an input signal has the amplitude -35 dB, it is 5 dB below the threshold. Since the compression / expansion ratio below the threshold is 1:1, this signal will remain unchanged. Thus, this specific example compressor makes loud signals less loud while leaving quiet signals the same.

An example of the Orinj Compressor

The following sound sample contains an acoustic guitar solo. The two channels of the recording differ. The left channel contains the guitar solo as recorded, without compression. The right channel uses a multi-threshold compressor. Up to -35 dB, the compressor expands the signal with a ratio of 2:1. Between -35 dB and -25 dB, the compressor leaves the signal unchanged. Above -25 dB, the compressor compresses the signal with a ratio of 8:1. This is a forward-looking peak compressor that looks 1 ms ahead. The attack is 1 ms and the release is 200 ms. What is most noticeable about this compressor is the sustain added to the guitar. Because of this sustain, the sound will shift to the right (towards the compressed signal) after the initial accent of the notes and during their sustain (that is, the right channel is louder during the sustain).

Click to play this example with a multi-threshold compressor.

The Orinj Compressor can be added to tracks, auxiliary channels, and the master channel in the multitrack session view and to waves in the single wave view. 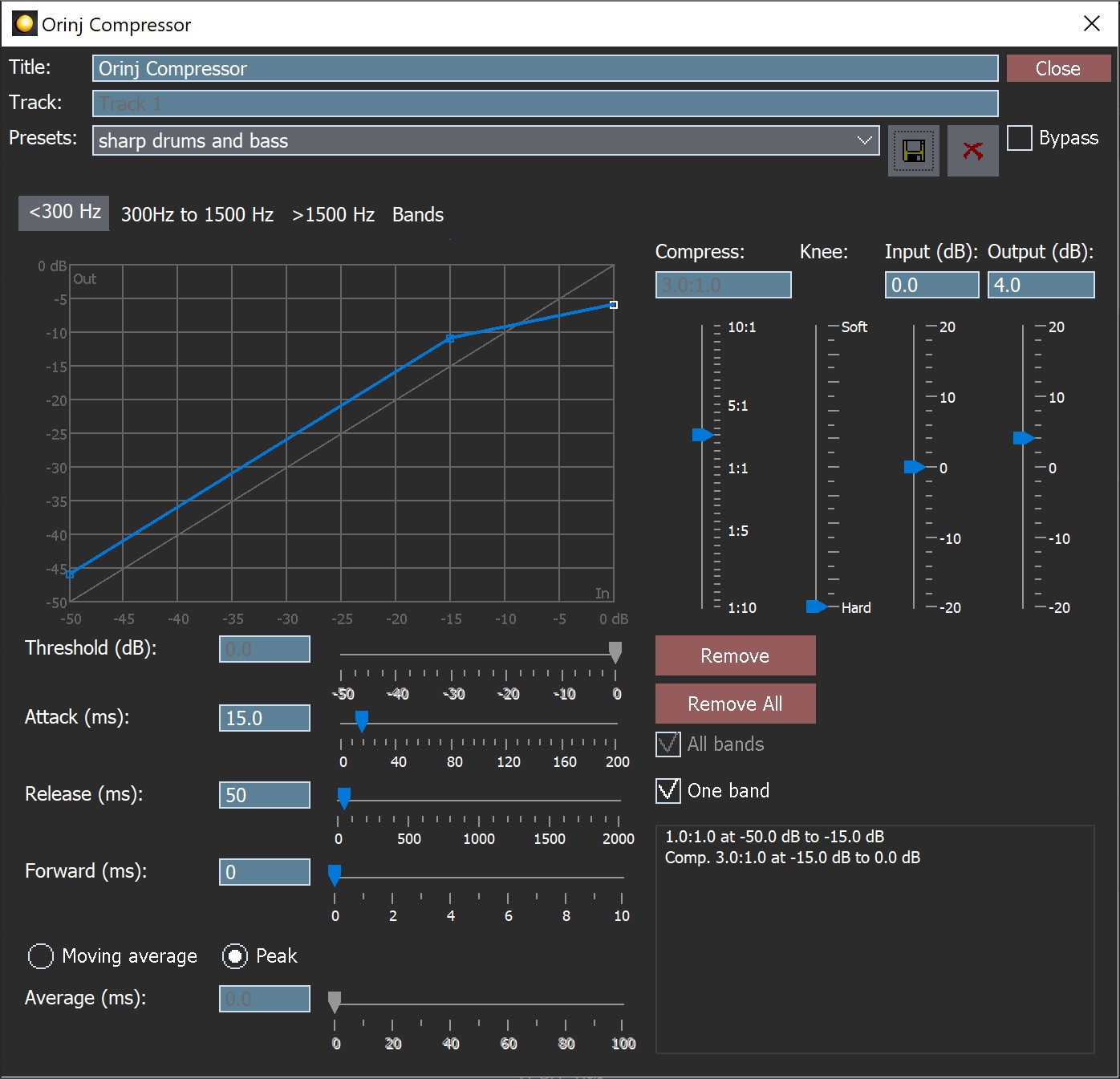 When this dialog becomes visible, the Orinj Compressor has been added. Adjust the compressor parameters in the dialog – these parameters are described below – and click on Close.

See Orinj Effects for an explanation of the Title, Track, Presets, and Bypass controls. The remaining Orinj Compressor controls are described below:

The tabs for each band contain the following controls.

The last tab in the Orinj Compressor dialog is as follows. 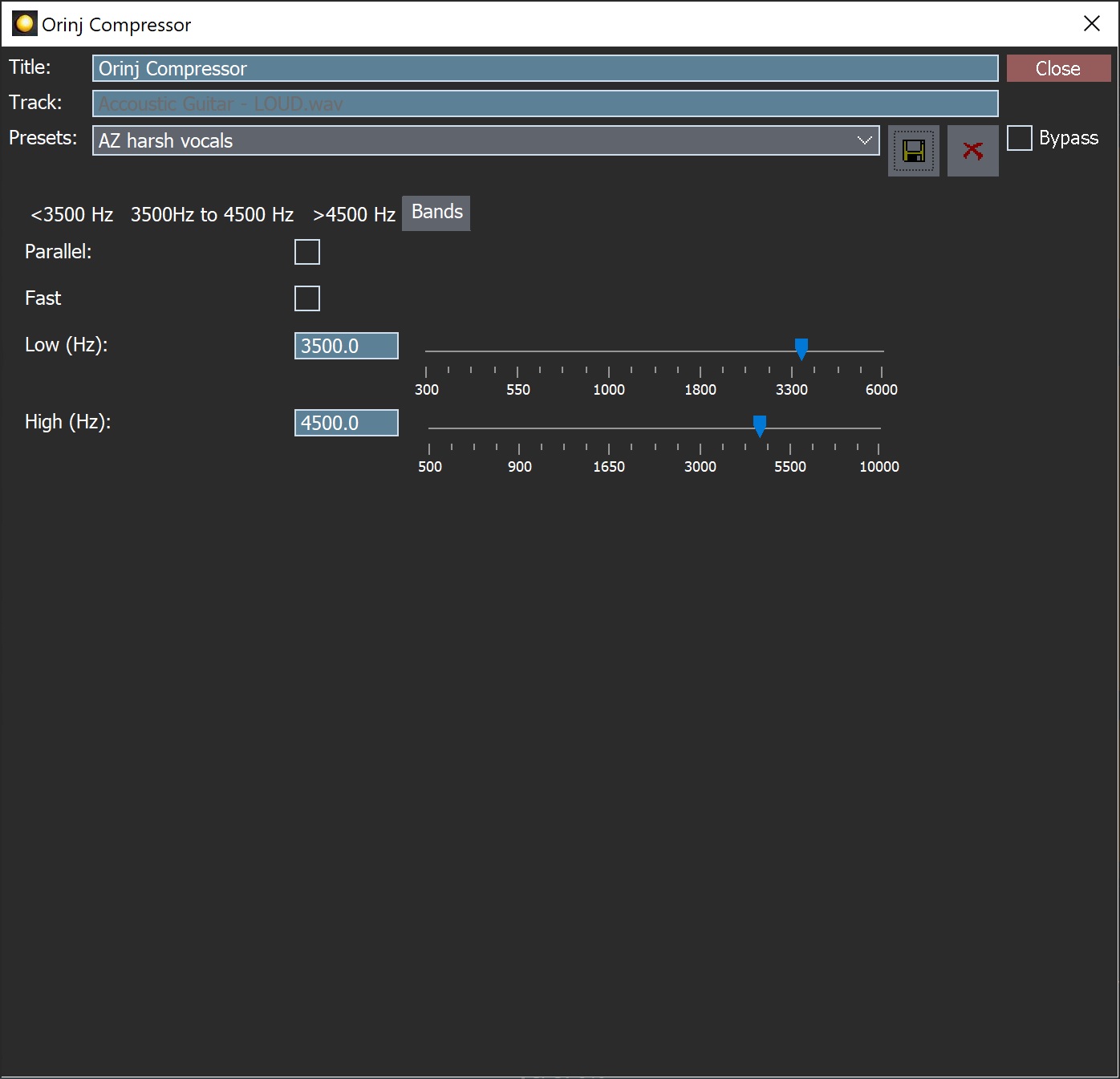 The controls on this tab are as follows.