An example of the Orinj Side Chained Compressor

The first repetition is with the Orinj simple reverb with very short pre-reverb delay of 3 ms and sizeable early decay of 90%. This strong reverb smears the original signal. The remaining reverb parameters are as follows: length of 500 ms, smoothness of 100% and brightness of 50%.

Click to play this example with a side chained compressor.

Using the Orinj Side Chained Compressor

The Orinj Side Chained Compressor can be added to tracks, auxiliary channels, and the master channel in the multitrack session view and to waves in the single wave view (although side chaining is only useful where there are multiple tracks). 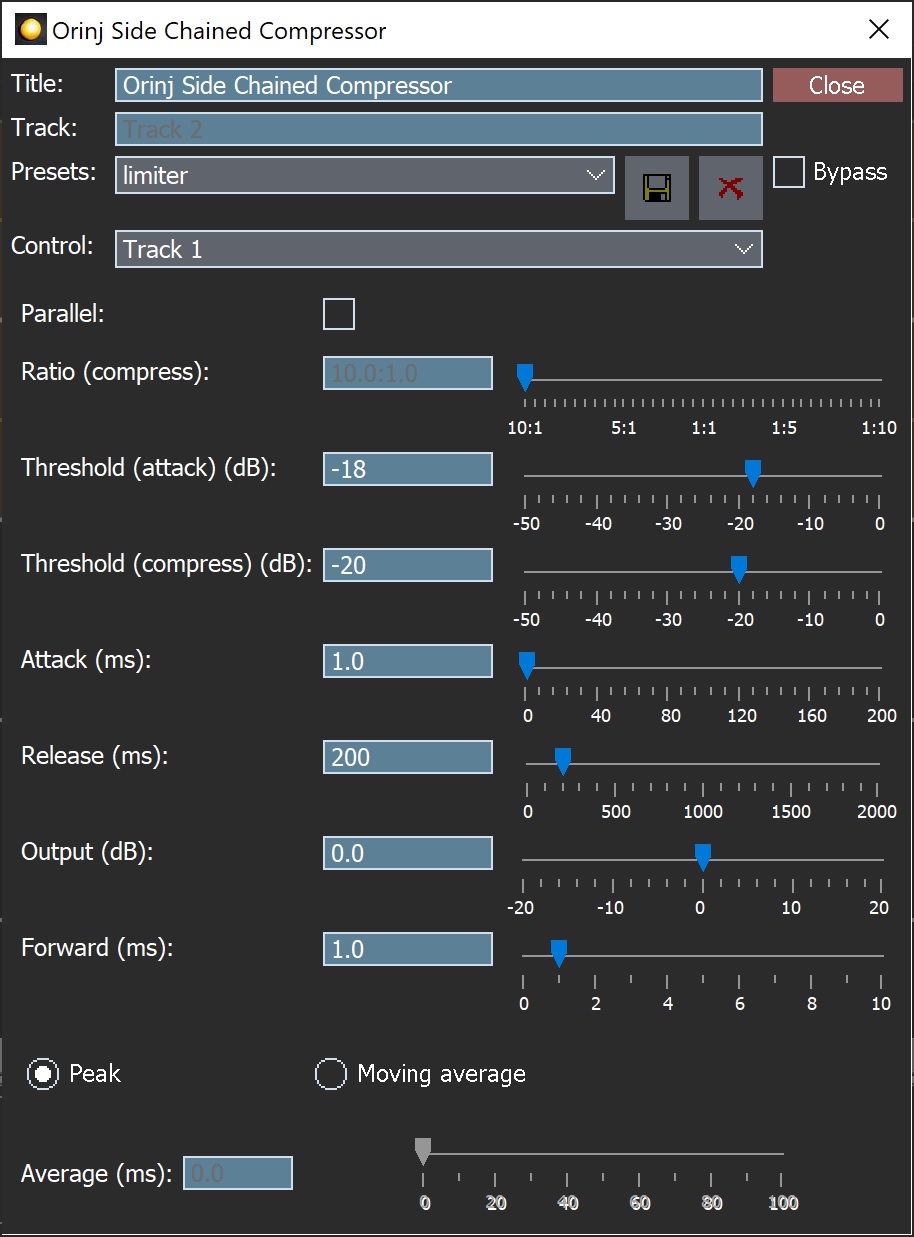 See Orinj Effects for notes on the Title, Track, Presets, and Bypass controls. See Orinj Simple compressor for an explanation on the Threshold, Attack, Release, Output, Forward, and Peak / Average controls. Use the Control drop down box to select the control track of the side chained compressor – the track, the amplitude of which will be used to change the amplitude of the incoming signal.