An example of the Orinj Band Stop Filter

The following example contains two repetitions of an electric guitar riff. The first repetition is as recorded, without the band stop filter. The second one uses a band stop filter of order 2, centered at 600 Hz, and with width of 400 Hz.

Click to play this example with a band stop filter.

The Orinj Stop Pass Filter can be added to tracks, auxiliary channels, and the master channel in the multitrack session view and to waves in the single wave view. 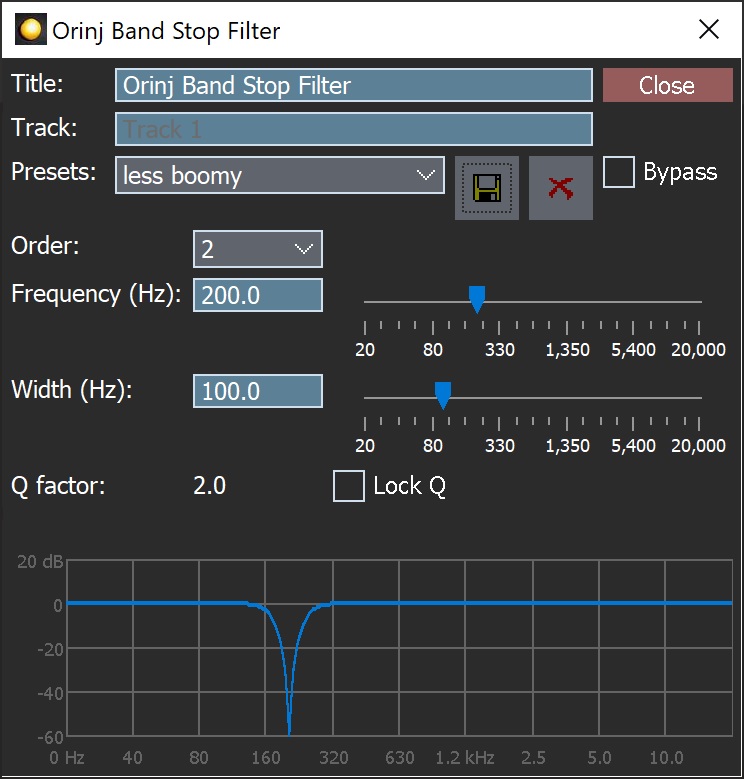 When this dialog becomes visible, the Orinj Band Stop Filter effect has been added. Adjust the parameters of the band stop filter in the dialog above and click Close. The parameters are described below.

See Orinj Effects for an explanation of the Title, Track, Presets, and Bypass controls. The remaining Orinj Band Stop Filter controls are described below: