In the following graph, for example, the Fourier transform of 50 points is taken four times over 200 samples, over four non-overlapping segments, and the Hann window is applied before the transform. The Hann window will essentially zero out the points of the signal at sample 0, 50, 100, 150, and 200 and significantly decrease the contributions of points around these samples to the signal. 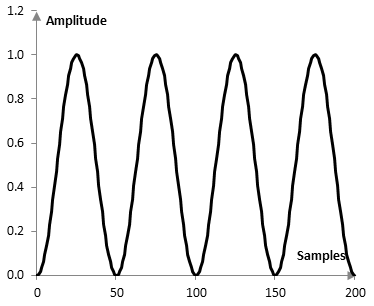 This can be avoided, if we use overlapping segments. With the Hann window, in fact, the 50% overlap case has the nice property that the sum of the applied weight to each sample of the signal is exactly 1 (an overlap that produces such a result does not typically exist for other windows). The problem with larger overlaps is that the Fourier transform, which is computationally intensive, has to be used many more times. While the Fourier transform of 50 components on 200 samples with no overlap will be computed four times, with 50% overlap, it will be computed 8 times, as in the figure below. 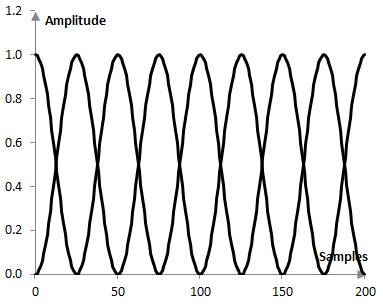 In addition, two neighboring transforms produce similar data. The larger the overlap, the closer the transform values are. In this sense, too much overlap produces additional computation for no additional benefit.

The following is the overlap correlation of some common windows (at 50% overlap, at 75% overlap, with the window definitions on this site).